SUPREME COURT OF THE UNITED STATES

We commend President Biden’s selection of Judge Ketanji Brown Jackson, who is nominated to serve as the sixth woman and first African American woman on the Supreme Court in the history of the United States. There has only ever been one woman of color – four women total – out of the 115 Supreme Court Justices. Building a more reflective democracy, from our statehouses to the Supreme Court, is a step closer to building the democracy we all deserve.

This is a watershed moment in our nation’s history as an eminently qualified Black woman has been nominated to the Supreme Court of the United States. Judge Jackson comes with distinguished credentials, a powerful personal history and a clear dedication to the law.

This nomination is a win for Black women, whose representation in leadership has not matched their contributions to our democracy. It is a win for women and girls to have a champion for women’s issues strengthening the Court. It is a win for all Americans, as we recognize this judicial leader for her deeply substantive and powerfully representative service.

We are joyfully celebrating this nomination, which is not only a campaign promise fulfilled but also a step towards fulfilling the promise of our American democracy. 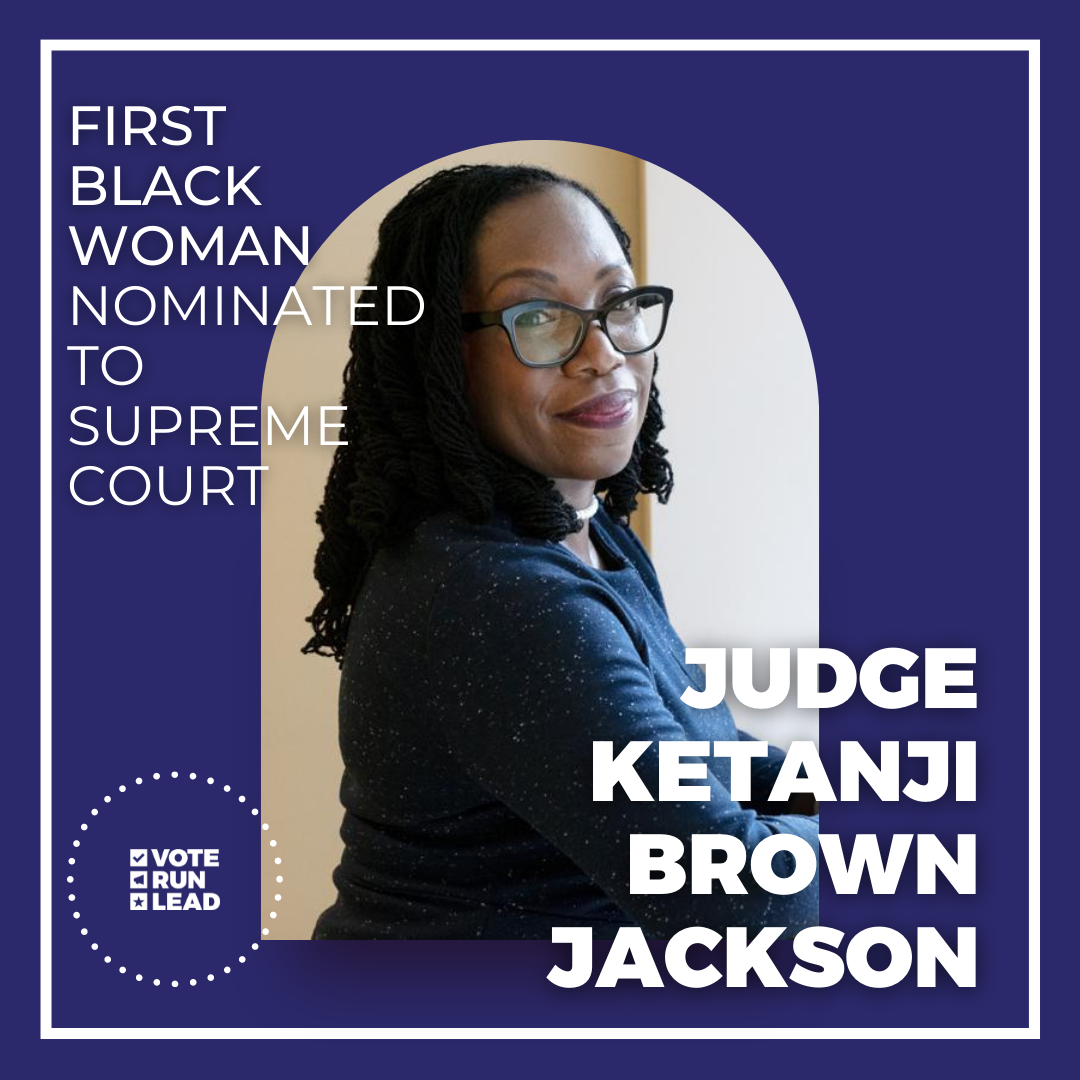