“SURGE" to the Polls: A Red Carpet Event 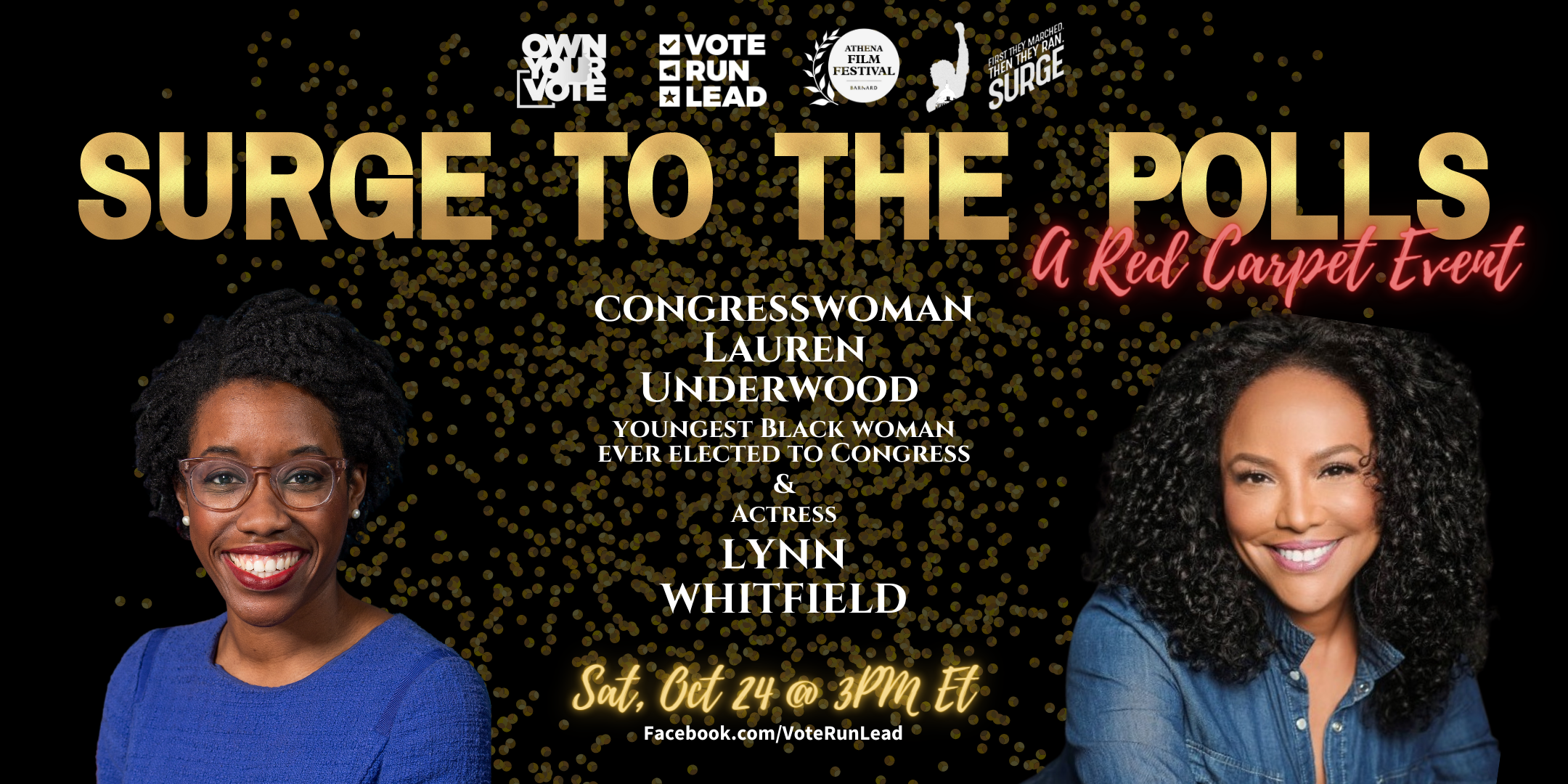 #OWNYourVote, Vote Run Lead, SURGE Documentary, & The Athena Film Festival at Barnard College are partnering to bring you "SURGE" TO THE POLLS: A Red Carpet Event.

"SURGE" TO THE POLLS: A Red Carpet Event is an exclusive live event with Congresswoman Lauren Underwood and actress Lynn Whitfield on National Early Vote Day. This powerful conversation centers on the political power of Black women and why it's crucial for everyone to #OWNYourVote. You’ll be inspired to take action, get-out-the-vote, fulfill your vote plan and make your voice heard! We’ll provide 10 Ways to #OWNYourVote and answer your questions live.

ABOUT SURGE: SURGE is a feature documentary directed and produced by Hannah Rosenzweig and Wendy Sachs that follows three congressional candidates in Texas, Indiana and Illinois who were each looking to flip their deep red districts to blue, including Lauren Underwood, the youngest Black woman to ever be elected to Congress. The film asks the question, is this a moment or a movement?

***The views and opinions expressed by the guest speakers are their own and do not necessarily reflect the official policy or position of Barnard College.